Ibiza, Aiya Napa, Berlin – the hedonistic hotspots of Europe are the stuff of legend. They conjure images of neon-lit super clubs and EDM tunes pumping around a beach-side dancefloor. And, you know what? That’s not so far from the truth!

But on top of the tried-and-tested destinations to party in Europe, there are a few extra gems that the hardcore partiers among us should be sure to drop onto the itinerary. They include Slavic cities where you’ll glug vodka shots in centuries-old basements, ski towns with awesome après, and rambunctious Latin cities with plenty of the va-va-voom.

Top cities for young adults to party in Europe

Traveling around Europe and partying are a match made in heaven. Seriously, from the cozy pubs of the UK to the multi-story techno clubs of Berlin, there are endless places to glug a pint, have a chatter, and enjoy the nocturnal half of the day on this side of the Atlantic.

In fact, there’s so much to choose from, we feel a guide coming on. And, so, viola: This list ranges through some of the most popular cities, towns, and resorts. They’ve each got their wild side. That might be jiving jazz bars in subterranean cellars. It might mean raucous pub crawls filled with backpackers. Or, it could be classic Balearic sun, sand, and sea.

The fabled White Isle is to partiers what the Galapagos Islands are to naturalists. This is a bona fide mecca of letting loose and dancing the nights, the days, the mornings, and all the rest into oblivion. The sun-kissed Balearic is home to some of the most recognizable names in the world of clubbing. You’ve got Amnesia – a regular top 10 in DJ Magazine’s top 100 Clubs. There’s the super-club of Space, with enough…well, space, to host 5,000 revelers at one time. And all of that comes topped by blinding-white beaches and chic cocktail bars overlooking the Med.

Cheap drinks, an Old Town that’s bursting with breweries, and some of the most famous beer labels on the planet – that’s the recipe for Prague’s hedonistic side. For backpackers in search of classic Euro tripping vibes, this one’s a must. The local bar crawls typically start in a hostel, move to a venue for a power hour (unlimited drinking for 60 minutes), and then onto some of the city’s top clubs. Places to finish the night include Chapeau Rouge and the DupleX rooftop.

Don’t even think about hitting Hvar to party in the low season. Between October and March, this island off the coast of Croatia is a sleepy affair. But when the yachters return in the summer – let’s just say things get loose. You’ll boogie with sand between the toes down at Hula Hula Beach Bar. There are neon-lit VIP areas and plenty of bubbly at Pink Champagne. But the real fun is on the boats. Book a booze cruise or charter a yacht and you’ll enjoy whole days of happiness on deck while you sail from cove to cove.

Krakow is often called Poland’s cultural capital. But it could just as easily be the country’s party capital, and it’s definitely one of the best places to party in Europe.

The UNESCO-tagged Old Town might be big on medieval churches, but it’s also bursting with awesome alternative pubs and clubs.

Start in the famous 4/8 bars, which offer cheap beers and simple Polish drinking food. Later, check out Szpitalna 1 for underground EDM parties that go on until the early hours. Backpackers also love Krakow nightlife for the legendary Krawl Through Krakow – one of Europe’s longest-running traveler crawls. Meanwhile, older folk might want to contact Taste Vodka to fill their bellies with Poland’s potent national tipple.

One for the skiers, Meribel is après haven. Do your morning runs and then make for Le Rond Point. Snowboarders whizz past on the halfpipes while you glug champagne with views of the soaring Savoie Alps. The indomitable La Folie Douce makes an appearance too. It might not be cheap, but there’s really nothing like popping a cork and swilling some bubbly as the sun beats down across the slopes!

Germany’s buzzing capital has been a mainstay on lists of the world’s top clubbing destinations for decades. Ever since the fall of the wall at the turn of the 90s, the town has incubated some of the most cutting-edge, creative, curious, and downright strange venues. This is the land of the infamous Berghain, where you’ll join 1,500 techno heads in a huge post-industrial power station – if you can get in. Then comes the kitschy KitKatClub, the brainchild of an Austrian porno producer that’s renowned for letting patrons do the dirty, so to speak, right on the dancefloor. If that’s not your scene, stick to the hipster jazz bars and boho beer halls of Friedrichshain and Kreuzberg.

Mixing endless sun, gorgeous pebble beaches, and one happening nighttime, the island of Mykonos is a must for anyone going south to the Aegean. It’s a part of the Cyclades islands but has its own airport, so jet in and out for a party if you must. Here, the sessions begin with drinks by the waterside. There are chic cocktail lounges lining the coast, with standouts including the 180 Sunset Bar. Later, the action moves to Skandinavian Bar and VOID, which can give even Ibiza a run for its money in the middle of the season as one of the best places to party in Europe.

Decide what sort of party you want

The key to getting the perfect European party spot is being honest with yourself about what you like to do. Are you after sleepless drinking sessions and EDM? Or do you prefer backpacker crawls to meet and mingle with new people?

Once you know precisely what you’re after, it’s time to decide on where to go. Some of the places listed here might not be the easiest to get to – like Hvar, which is an island reached by a ferry. Bear that in mind when picking.

Choose when to go

The main party and travel season in Europe is the summer. That’s when more backpackers are on the trail and when resorts like Ibiza really come to life. You’ll probably want to go to a city like Berlin or Krakow if you’re not heading out between November and March – they’re bustling towns so there are always parties.

Search for the cheapest flights and connections to your destination using tools like SkyScanner, Google Flights and Rome2Rio. Then it’s just about packing those bags and jetting off for a good time!

Preview
Jack Revell Coaching | Life Coach
Life Guidance
Hi, I’m Jack Revell. And this is my story. In the last 10 years, I had 2 businesses – Events and Street Food – unfortunately, it didn’t ...
Preview
The Sealed Deal | Dating Coach
Dating
My name is Liv, and I waited to get married until I found the relationship I WANTED to last forever.... Since 18, I prayed fervently to ...
Preview
MSC Coaching | Career Coach
Getting a Job
Based in NYC, Michael specializes in helping millennials with career transitions and reaching their ultimate goal through his seven step ...
Preview
MSPETIT COACH | Life Coach
Life Guidance
Performance | Lifestyle | Wellness Bulletproof© Human Potential Coach Achieve your Goals, Realize your Potential, Upgrade your Body, Mind ...
Preview
Interior Alignment Life Coaching
Life Guidance
Hello, I am Life Coach Kris. I specialize in partnering with clients in a thought provoking and creative process to help unlock the ...
Preview
The Career Diet Coaching | Career Coach
Getting a Job
Hi! I'm Anna and I turn underemployed professionals into star candidates who land awesome jobs. No more applying to hundreds of jobs and ... 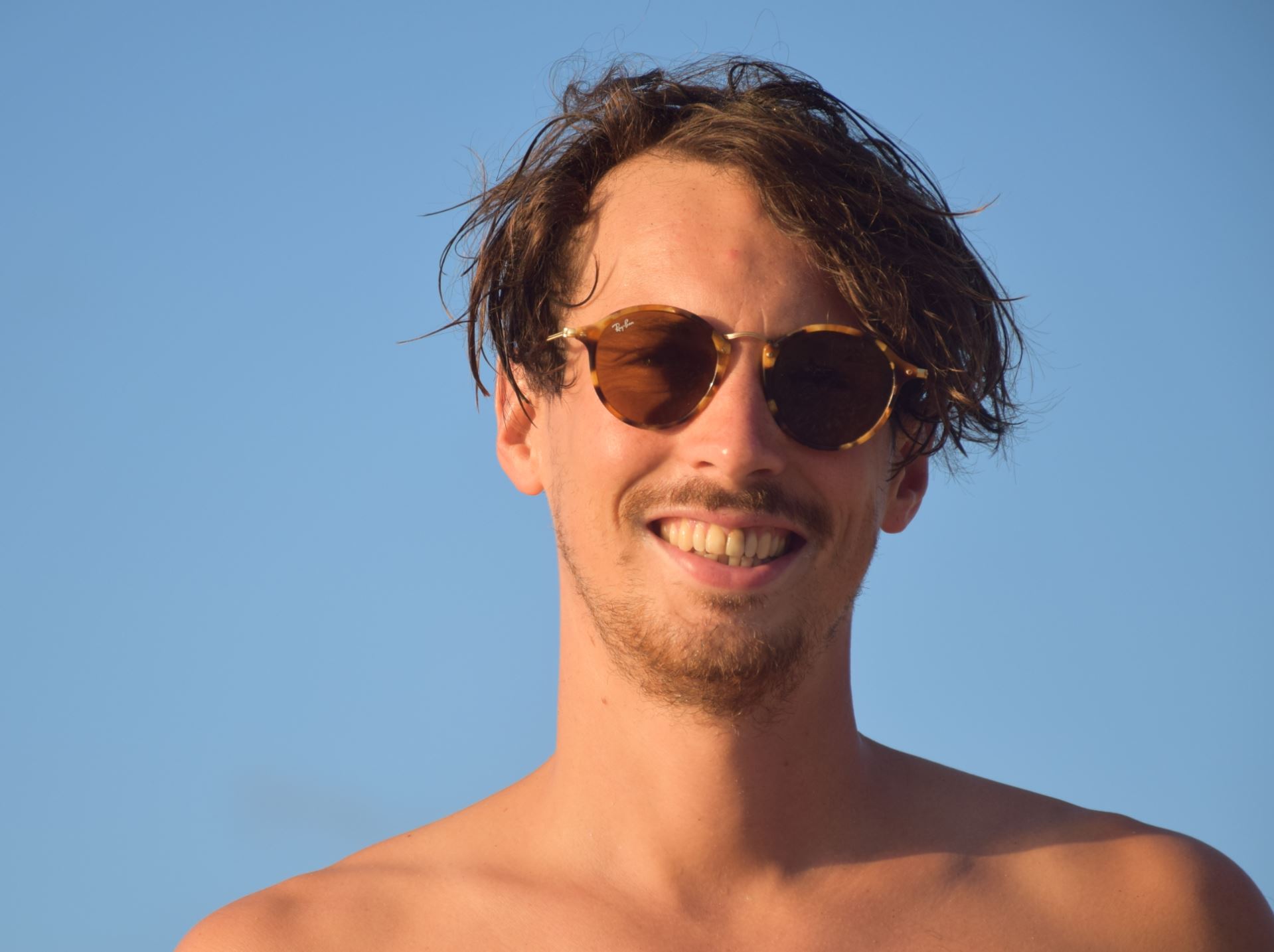 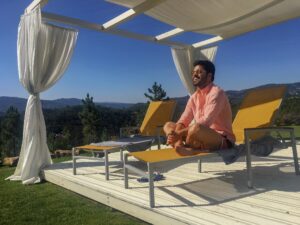 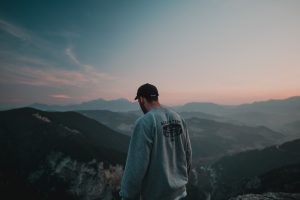 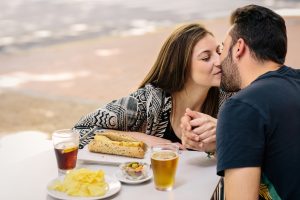 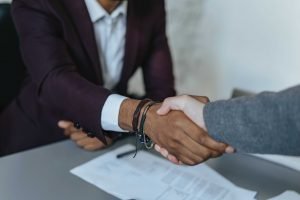 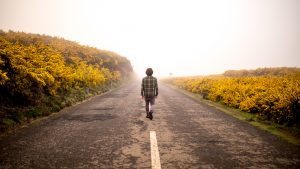 How To Stop Feeling Empty in Life 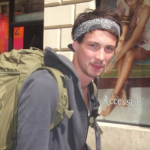 How To Stop Feeling Empty in Life

Feeling empty in life can be hard, but here’s how to harness that feeling and start feeling fulfilled instead.

From Suburban to Nomadic Living: 3 Steps to Create Your Own Reality

How do you create your own reality and life that’s authentic and exciting? First, take these key important steps. 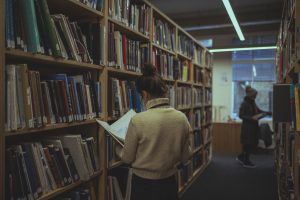 The Importance of Continuing Education

Many young professionals are happy to be done with school, but is that a mistake? Find out more about the importance of continuing education.

A customized homepage, email alerts for topics you follow, and  free coaching sessions are waiting for you!

A customized homepage, email alerts for topics you follow, and  free coaching sessions are waiting for you!